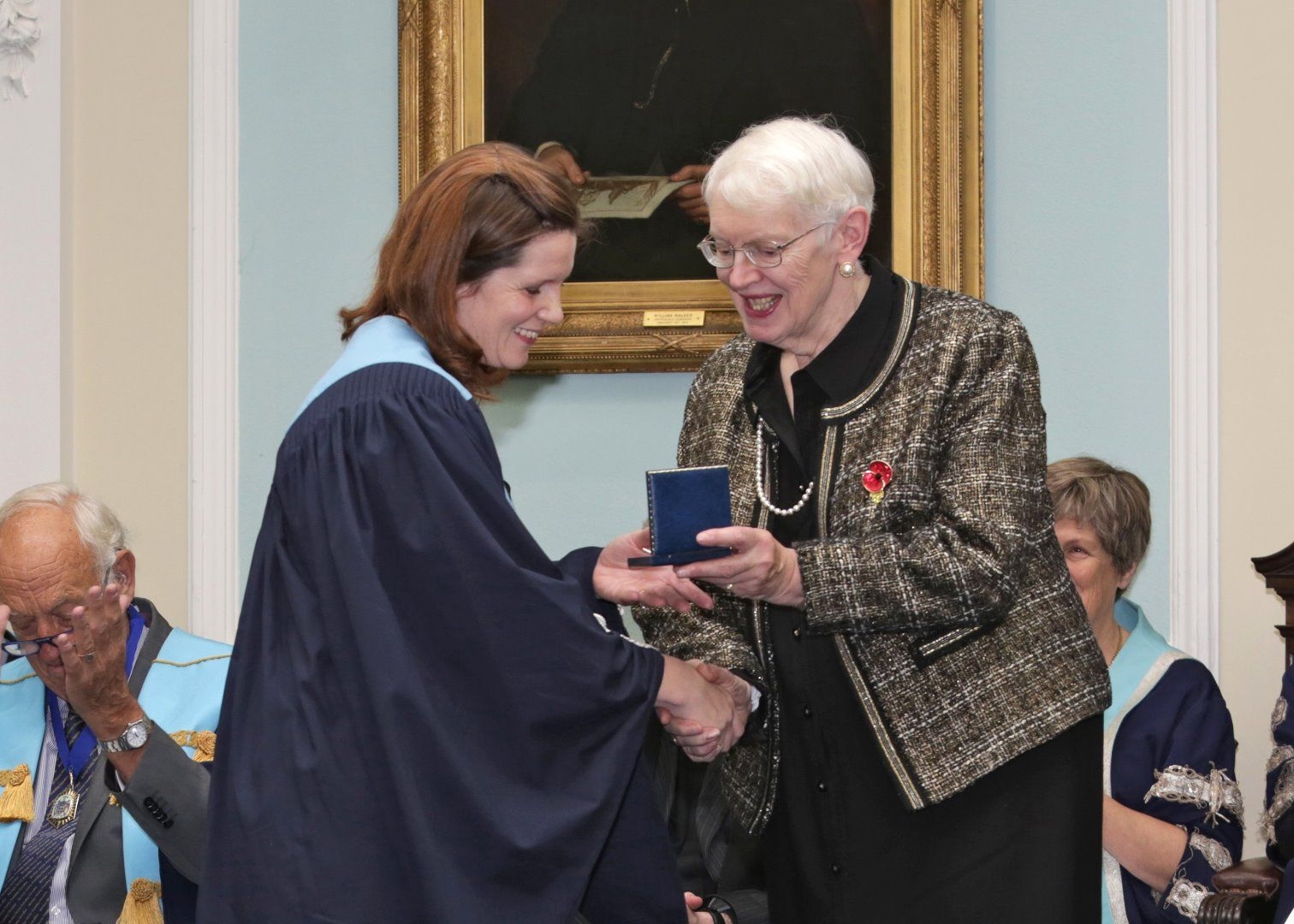 City Hospitals Sunderland-based urology registrar Miss Alice Hartley has been awarded the prestigious Hunter Doig Medal by the Royal College of Surgeons of Edinburgh (RCSEd) in recognition of her contribution to excellence in surgery.

She was presented with her award at a diploma ceremony celebration on 9 November 2018 attended by over 200 surgeons and their families from around the globe.

Commenting on her award presented by RCSEd President Mike Griffin, Alice Hartley said: “It is a real honour to be awarded the Hunter Doig medal from the RCSEd. While I feel it is crucial to promote equality, there remains a gender imbalance in the surgical profession in terms of the number of females who enter the specialty and who hold senior positions. Although the numbers are improving, we still need to support and encourage women to become surgeons, especially since the most intense parts of training often coincide with a time in their lives where they may have other external commitments.”

She said that she had been fortunate to pursue a higher research degree and have two children: “But I could not have done this without the support and guidance of some inspiring female surgeons who could advise me on the nuances of balancing pregnancy, clinical responsibilities and parenting while trying to maintain some kind of sanity.”

The first Hunter Doig medal was awarded by the RCSEd in 2007 to recognise excellence among the College's female membership. The medal is named after two of the College's most notable women surgeons. Caroline May Doig, a paediatric surgeon, was the first woman elected to the RCSEd Council in 1984. She served three terms of office, and in 1991 was also the first woman to chair the General Medical Council (GMC) Overseas Committee. Alice Headwards-Hunter was the first woman to sit and pass the examinations of the Royal College of Surgeons of Edinburgh in 1920. The women surgeons who receive the Hunter Doig medal have to demonstrate:

Alice Hartley said that awards such as the Hunter Doig medal “are as much about recognising this important support network as they are the individual recipient. I feel incredibly honoured to receive this medal and I will ensure that I try to support and mentor the female surgeons of the future in the same vein”.