Barbara bids farewell after more than 50 years with the NHS

A radiographer who spent her career with one team is enjoying her retirement after spending more than 50 years caring for patients on the frontline of the NHS.

Her final job was a Plain Image Lead where she handled X-ray images, supported the running of the department and helped patients through their appointments.

She started out at the Ingham Infirmary in South Shields then headed to South Tyneside District Hospital, moving into the main building when the radiology department was relocated as the Ingham Wing was extended.

Her decision to work for the NHS came after her Girl Guide pack leader recommended radiography as a career when she was 10-years-old and she found her calling to help diagnose patients with injuries and illnesses.

“I’ve loved every moment of it, I find it really sad how quickly it’s gone.

“I’ve liked the patient interaction and being able to help them and it’s not just X-rays, we do so much more.

“And it has changed so much, when I started it was processing in the dark room on film then we moved to cassettes, which we had to develop, now it’s all digital and so much faster.

“Working here has been just like being part of a family.”

South Tyneside and Sunderland NHS Foundation Trust’s Chief Executive Office Ken Bremner MBE was on hand to present Barbara with a bouquet of flowers on her final day as her department gathered for a tea party to mark the occasion. 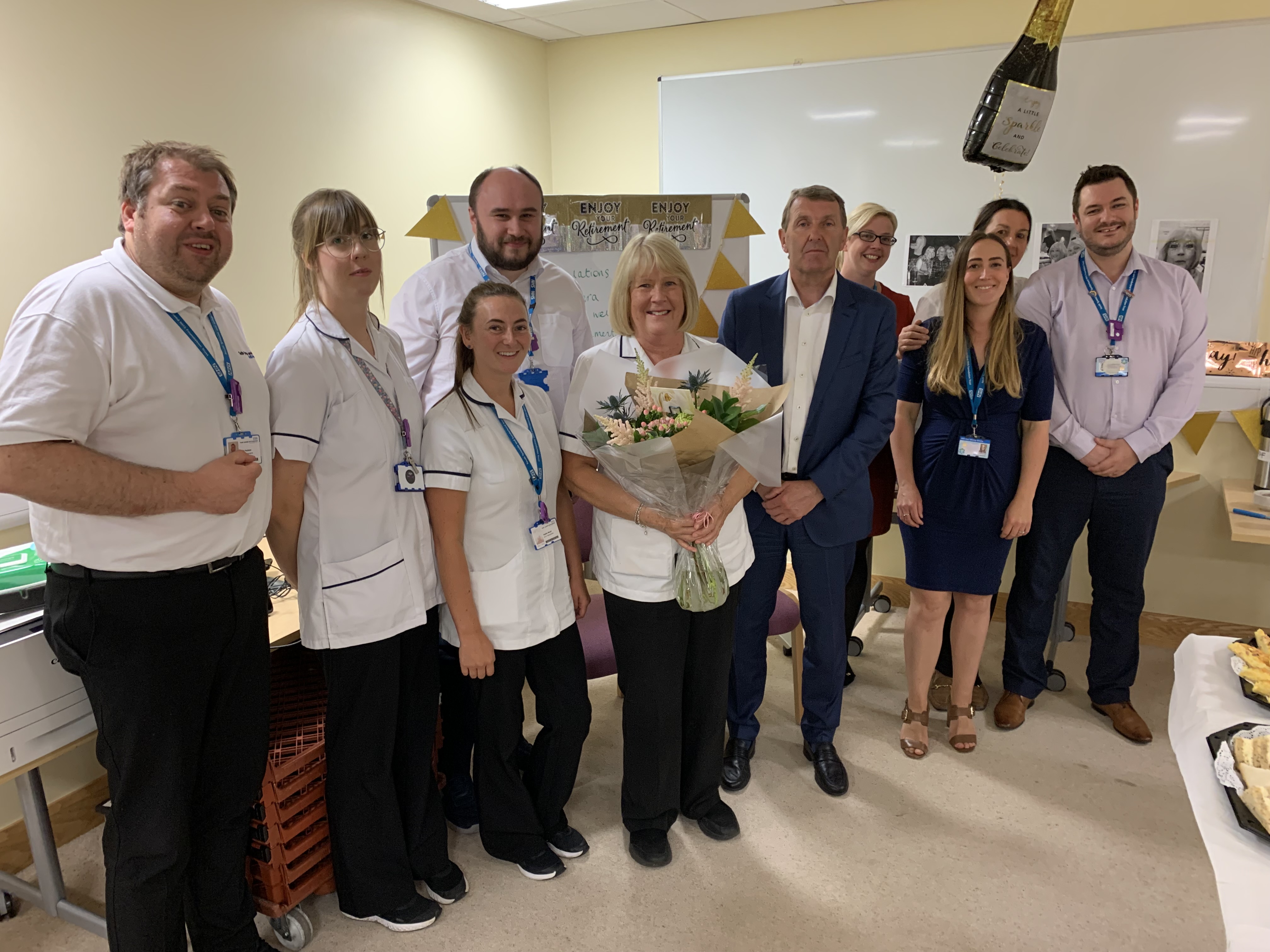 “I want to give Barbara my very best wishes as she begins her retirement.

“It was an honour to be there and thank her for her many years of dedication to the NHS and recognise the role she has played in helping our patients.”

Radiology Operational Manager Dee Sixsmith is among colleagues who worked with Barbara closely in the department.

“Barbara hasn’t just been a department lead, but she’s been a friend, confidant and mother to most who have worked in Radiology over the years.

“Everyone can tell a story of how she has helped them in and outside of work.

“She’s got an amazing sense of humour, can always lift your spirts and has been steadying force in the team.

“She’s lived such a busy life and done so many things, it’s given her such character and an ability to empathise with others. She’s been a rock and she will be a real miss.”

Barbara moved to South Shields aged five after her dad, Harry Mattinson, retired from professional football and became a sub-postmaster of Chichester Post Office, deciding it was a more secure job than club management.

Barbara plans to spend more time in her retirement with her children Vincent Bell, 41, and Nicola Bell, 33, and Vincent’s children Theodora, who is almost one, and Sunny, five.

The Trust is looking forward to the completion of its £10 million Integrated Diagnostic Centre, which is being built in partnership with Alliance Medical at South Tyneside District Hospital, which will become home to its scanners on the site.

They will include the addition of a PET-CT scanner, which can help diagnose cancer and will give patients the chance to have their check carried out close to home, rather than face a journey to Newcastle or Middlesbrough.

The Trust has also carried out extensive work to recruit new radiographers to its workforce as the UK faces a shortage in the field, with the Step Into Radiography programme to support people into the profession and develop careers.

The Trust has also recruited internationally to help boost its workforce, with anyone interested in finding out more welcome to visit https://www.stsft.nhs.uk/join-our-team for further details of roles available.