We are backing a national awareness week as we launch a new Carer's Pass which sees us team up to to provide the best care for patients.

Carers Week runs from Monday, June 6, to Sunday, June 12, to raise awareness of the challenges unpaid carers face and recognise the contribution they make to families and communities across the UK.

It also aims to help those who don’t think of themselves as having such responsibilities to identify as carers and give them the chance to access support.

This year, Carers Week is about making caring, visible, valued and supported and the team behind the pass say this is fitting as they champion it across the Trust.

It launched the Carers Pass after working with local carers and partners such as Sunderland Carers Centre.

It had identified some issues with carers having access to support patients during the pandemic and wanted to find an easy way for carers to identify themselves when they first came into hospital.

The pass, which is one of the first of its kind to be introduced in the UK, helps encourage a partnership between carers and staff from their first contact, identifying them at the point of admission whether it’s planned or in an emergency.

The pass is an extension of the Carer Passport which was launched in 2019, giving formal recognition to those who want to continue to help care for their friend or family member while they are an inpatient in hospital.

A Carer Partnership Agreement between the carer and a ward manager has also been introduced as part of the passport, setting out what support the carer would like to offer, such as help at meal times, communication and emotional support.

The pass, which is one of the first of its kind to be introduced in the UK, also helps encourages partnership working between carers and ward staff around important things such as the patient’s care plan and discussions around discharge.

As part of the campaign, the Trust’s Patient Experience Team is hosting information sessions to raise awareness of the project and talk to carers and staff about how they can get involved.

Susan Clark, one of the Trust’s Patient Experience Facilitators, said: “Carers Week gives us a chance to shine a light on the incredible work they do as well an opportunity for them to find out more about what we can do to help.

“The challenges carers in our communities faced during the coronavirus crisis were really tough.

"We worked with carers to ensure they could still visit and be involved because we know the difference their support makes to a patient’s recovery and wellbeing.

"However, we recognised that it was hard to easily identify all those with a caring role as not everyone saw themselves as a carer.

"We wanted to do more to make sure these important conversations were happening when carers came into hospital with a patient and give them something so they wouldn’t have to have those conversations multiple times.

“Having the support of carers is hugely beneficial to our staff.

"They know the person better than most and play a huge role in making sure care is personalised.

“We hope the Carer Passport and now the Carers Pass will bridge gaps and open up communication earlier on when a patient comes to us from that first point of contact.” 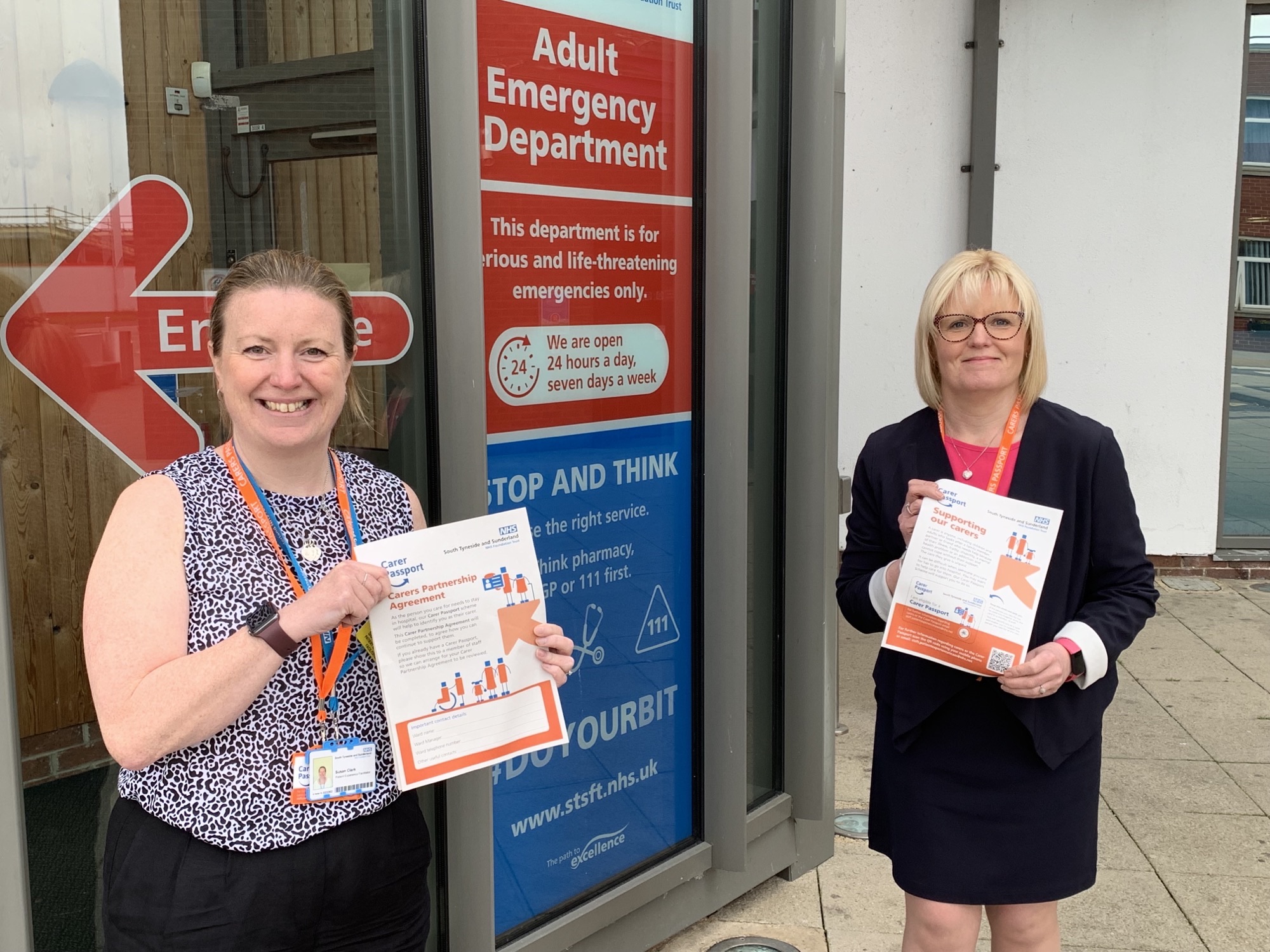 She said: “The feedback we have had about the passports is really positive and carers really appreciate being recognised and it’s about that confidence they will be seen as carers.

“Carers Week’s theme this year is about recognising them and the value that they have.

“They have had a really difficult time over the last two years and many have felt very apprehensive about going back out into their community because they are worried about the loved ones they are caring for.

“For us, it’s about helping those who don’t know there’s support out there for them, as well as helping them find out what’s being done here at the Trust.”

Surajah Hunter, 66, who lives in South Tyneside, helps care for her 23-year-old son who has Autism and is among those who have welcomed the Carer Passport.

She said: "The Carer Passport is important as it bridges the gap between carers and professionals.

"It helps organisations by getting carers involved, as well as raise awareness of what we do and how we can offer support.

"It's really a good idea as it will make us as carers feel valued and we won't have to repeatedly explain ourselves, because we'll be identified and included as part of the team."

The NHS recognises a carer as an adult, young person or child who looks after a family member, partner, friend or neighbour.

They may need help because of their illness, frailty, disability, mental health problem or addiction and cannot cope without their support.

Information for carers can accessed through the Trust website by clicking here.

Details of the sessions to find out more about the passports will be held at:

Anyone who would like to find out more about the support the Trust offers carers can email stsft.patientexperienceteam@nhs.net