As one of the region’s biggest NHS employers we are delighted to have double cause to celebrate after our work to support those serving with the Armed Forces and veterans was recognised through two special titles.

South Tyneside and Sunderland NHS Foundation Trust (STSFT) became the first in the region to gain the Employee Recognition Scheme (ERS) Gold Award from the Ministry of Defence (MoD) and has now held onto the highest title following its revalidation.

The scheme encourages organisations across the UK to publicly demonstrate their commitment to support members of the Armed Forces Community. 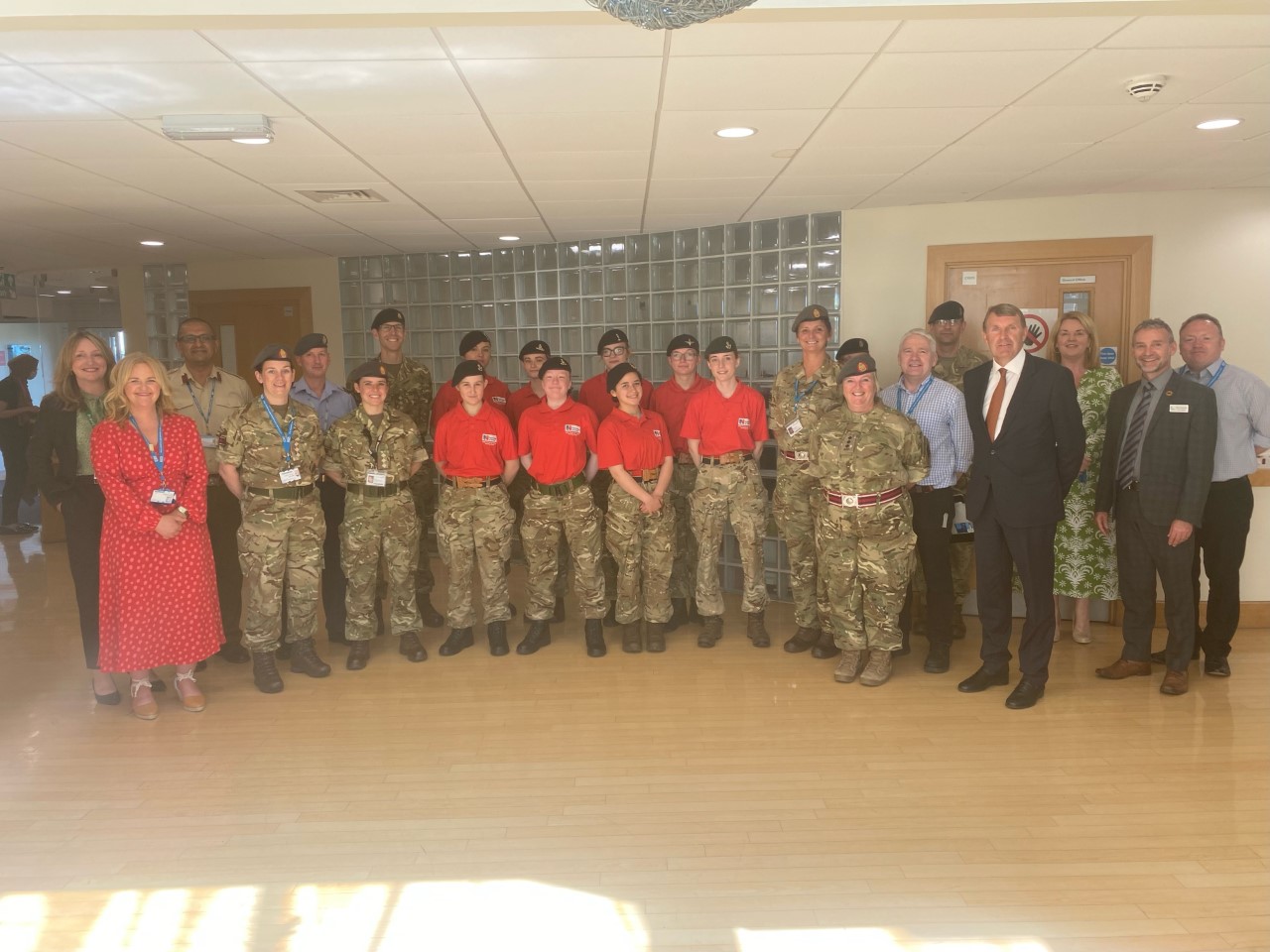 The renewal of the award follows significant work by the Trust to back those who serve or are veterans.
It acknowledges the positive action taken to ensure they are not unfairly disadvantaged during recruitment and are supported in the workplace.

News of the gold award comes as the Trust is also formally accredited as a Veteran Aware Trust in recognition of its commitment to the Armed Forces Covenant.

It is awarded by the Veterans Covenant Healthcare Alliance (VCHA) which is a group of NHS organisations committed to providing the best standards of care and is a promise by the nation to ensure those who serve or have served and their families are treated fairly.

The VCHA was “very impressed with the scope of work and actions planned for the future" as it congratulated the Trust’s management on the title and said it was an “exemplar of the best standards of care for the Armed Forces community.”

Both titles back the Trust’s status as an Armed Forces Friendly employer, while its policies reflect its support for its reservists as they undertake training exercises and tours.

During the past year, STSFT has employed 17 veterans and supported 12 cadets to complete the RCN Prince of Wales Nursing Cadet Programme. It is the first in the region to host the scheme, which introduces 16 to 25-year-old to potential careers in nursing.

It has supported five candidates through the Step into Health programme, which offers the Armed Forces community including veterans, spouses and dependants, career development and employment opportunities with the NHS.

The Trust is also hosting an Army medic who will spend time with its paediatric team to gain more experience of treating children and young people, while it has also led talks for the MoD’s Sick and Wounded programme at Catterick, with plans for its members to visit the Trust early next year.

Kath Griffin, the Trust’s Director of Human Resources and Organisational Development, is its Armed Forces Champion.

She said: “We remain committed to our pledge to support our Armed Forces in every way we can and we will continue to build on the excellent groundwork we have laid down in recent years.

“We are proud play a leading role in the region to back those who serve or have served. We recognise the values and transferable skills they bring to the NHS and dedication to serve our country in a different way.

“These titles acknowledge this and we are delighted our work in this area has been acknowledged as we do our utmost to support our workforce as well as our patients with a military background.”

Alex Cairns, a Trainee Advanced Clinical Practitioner who works in the Emergency Departments (ED) at Sunderland Royal Hospital and South Tyneside District Hospital, is among eight reservists currently working for the Trust.

Alex, who is a member of the Army Medical Services’ 201(Northern) Field Hospital, which has seen her complete a commissioning course at Sandhurst and a series of challenges including the Yorkshire Three Peaks and Cateran Yomp.

She said: “The Trust has been really supportive, if I’ve ever put in a request it’s never been an issue, the team in ED have been really good and our senior managers have always been there to back me.

“They all recognise that this is good for my development and I can bring some skills back, so it is a good investment.

“I’m pleased to see the Trust has been re-awarded the gold award and its accreditation as a Veteran Aware Trust, both are a good reflection of the work it does to help staff like me, people who have served and our families.”

Included in the Trust’s Veteran Aware work is support for those who visit its hospitals and identify the complex range of mental and physical needs they may have.

Through funding through the Armed Forces Covenant Fund Trust, training will ensure veterans and their families are aware of support available to them and ensure timely referrals are made, while appointments can be made at quieter times of the day for those with sensory issues or anxieties around groups of people.

The Trust’s Patient Experience Team will work with partners to help the patient more widely on issues such as housing and benefits.

Its records will also be updated so staff are aware someone is a veteran ahead of their appointment, while champions will help patients, visitors and staff to offer additional help and advice.