Hospital among the first in Europe to welcome new neonatal X-ray machine thanks to £70,000 Red Sky Foundation donation

A neonatal unit has welcomed a specialist X-ray machine to help its youngest patients thanks to the family of a girl born with a heart defect who continue to give back to the NHS.

Sunderland Royal Hospital has become one of the first in the Europe to use the technology thanks to a £70,000 fundraising campaign by the Red Sky Foundation, which was launched by Sergio and Emma Petrucci.

Their daughter Luna, now nine, was diagnosed with two holes in her heart during a check-up following her birth in its maternity unit, with the couple indebted to consultant Majd Abu-Harb for his help in her diagnosis. 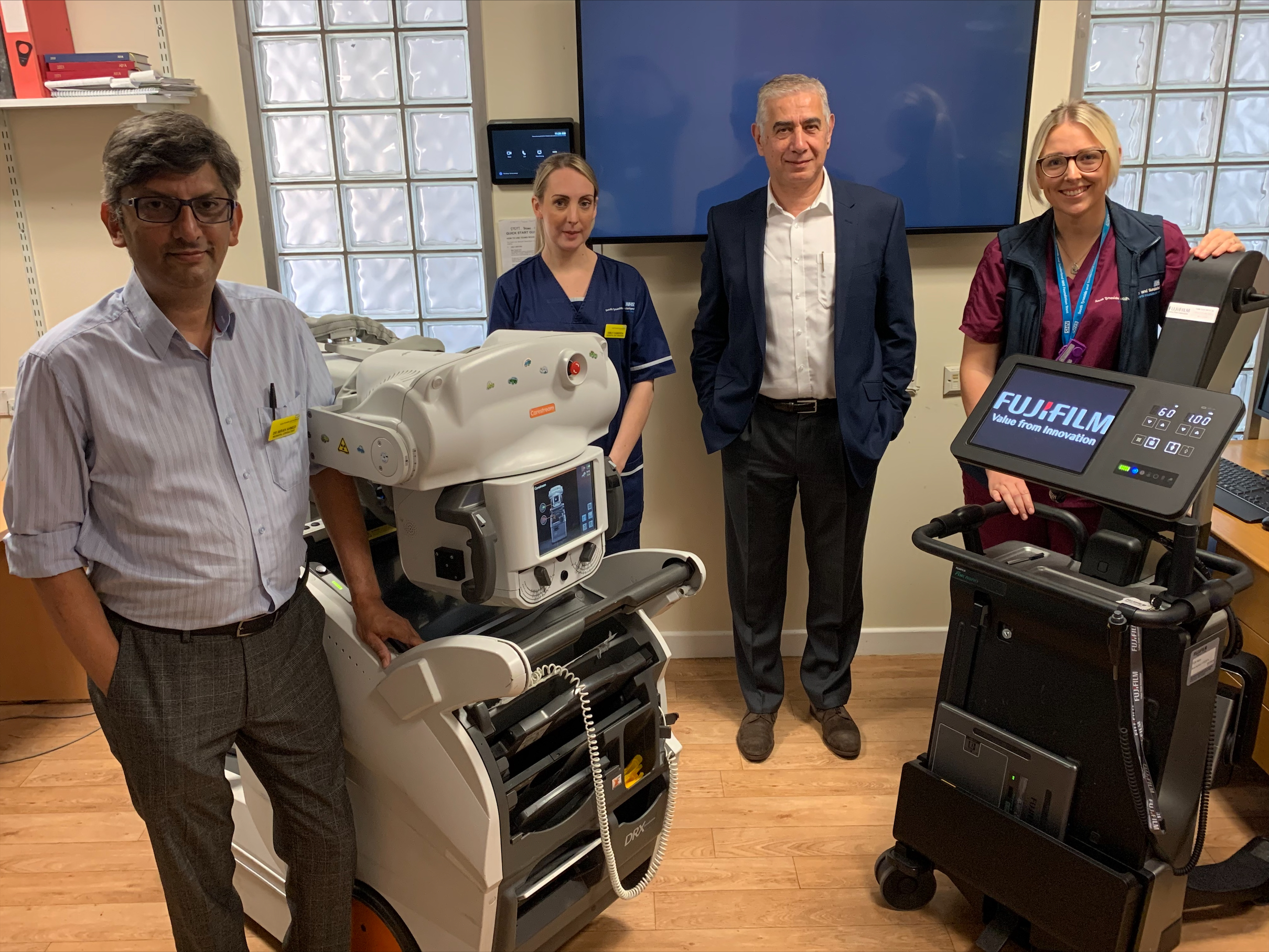 Sergio, 46, and Emma, 40, were told it was hoped her heart would heal on its own, but her condition was described as a “ticking time bomb” by cardiologists as they monitored her and the decision was made that she would need surgery just days before she turned two.

The new kit bought through the charity set up in her name is now helping to X-ray babies, delivering images back to a radiographer in as little as two seconds.

This allows for swift diagnosis and treatment, and so less stress for the patient and their loved ones.

The quieter, lighter and smaller system can be moved into places a traditional mobile X-ray machine can struggle to reach and has no need for a motor to transport it, making it especially suited for the unit.

The foundation began collecting the cash as its first task after it was given charitable status in March 2020 and managed it hit the target in the face of the additional challenges brought on by lockdown.

In addition to the support of Fujifilm, the donation has also been backed by South Tyneside and Sunderland NHS Foundation Trust’s own charity, STS Charity, which makes improvements for patients and staff.

It was bought following a conversation with Dr Abu-Harb, with the couple remaining in touch with him following Luna’s first checks.

“When the paediatrician came around and listened to Luna’s heart, they could hear an echo, so they did a scan and Dr Abu-Harb picked up holes in her heart.

“It was hoped they would heal themselves, but during routine check-ups, we were told by cardiologists they were really worried about her and they said her condition was a ticking time bomb.

“Five days short of her second birthday she was rushed into the Freeman Hospital and underwent surgery.

“The charity grew from that experience and we contacted Dr Abu-Harb to ask how we could help and he suggested this machine.

“He said he would love one of these to help the babies in the unit, and so we said yes, we asked how much it would be and then got to work on the fundraising.

“I’m immensely proud we’ve been able to do this for the unit, it’s something we’ve wanted to see happen and we hope it helps other children from South Tyneside and Sunderland like Luna so they can get the treatment they need.

“This has only been possible thanks to the huge support we have from our followers, we would like to thank each and every one of them, and our corporate partners who continue to help us.”

Since launching the charity, the couple, who are also parents to Enzo, 13, and their charity have raised more than £700,000 to fund life-saving equipment, training and education. 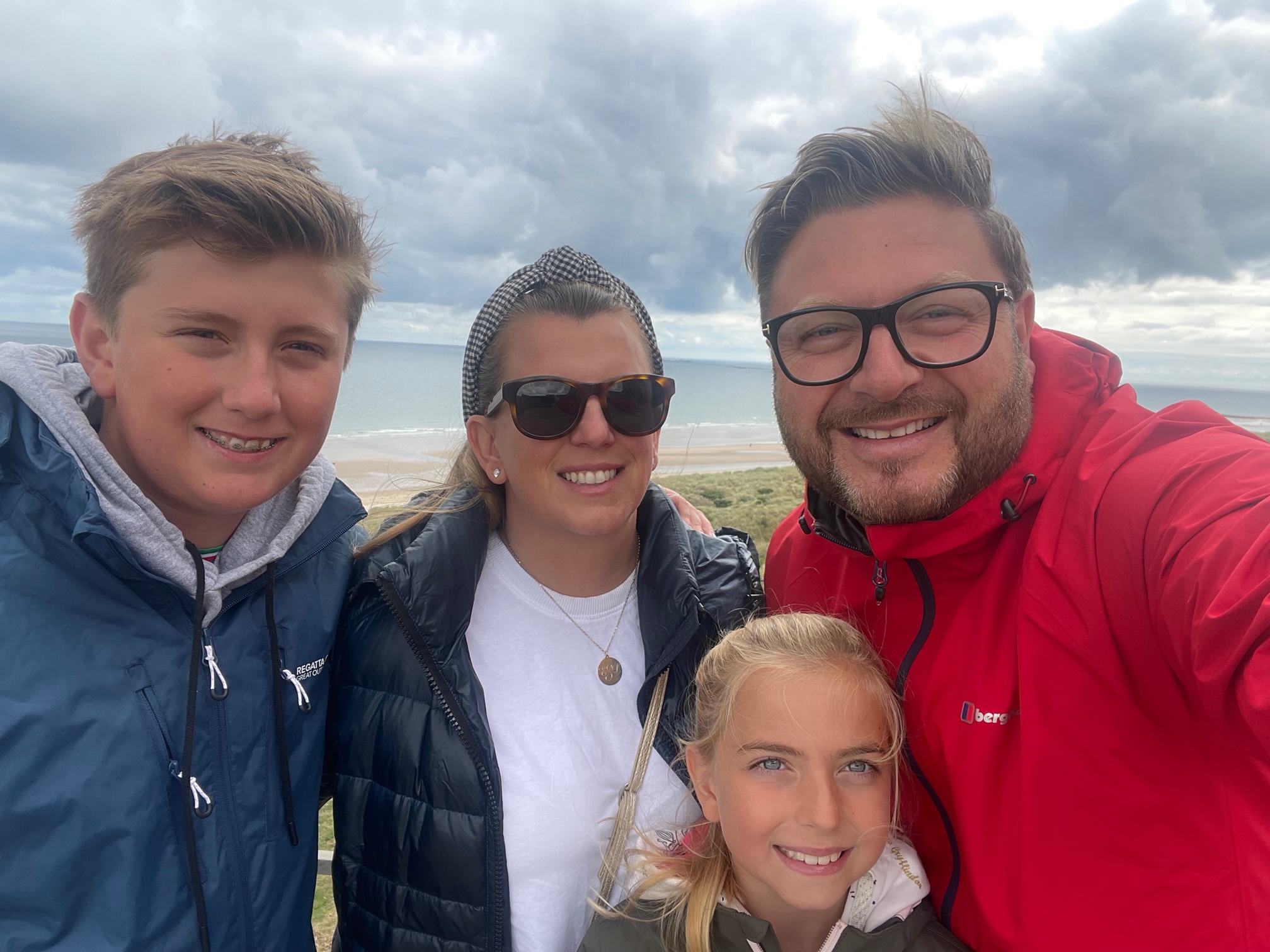 “We are very grateful to the Red Sky Foundation and Fujifilm as we welcome this X-ray machine to our neonatal unit.

“It can be a worrying time for families when their baby is in need our care and the start of treatment is very important as we do everything we can to help our patients thrive.

“We’re pleased to become one of the first in the Europe to have this equipment. Seeing it in action is fantastic and we know it will help us for many years to come.”

“This machine makes it so much easier for our team to work, it’s much lighter and smaller to manoeuvre and we know it’ll help us as we work alongside our colleagues to care for our youngest patients.”

John Casson, Fujifilm’s Senior Account Manager for Northern England for Medical Systems, said: “We’re really pleased to see this now being used by the unit and we know it will help make a difference.

“The fact we are helping families and their babies means so much to us and it will be so important in helping with quick diagnosis will give the peace of mind.”

More details about the Red Sky Foundation can be found through https://redskyfoundation.com/ and information about the STS Charity is available via https://www.stsft.nhs.uk/our-charity.