Husband and wife Peter and Sheila Kirkup have safely returned home after both fighting COVID-19 at Sunderland Royal Hospital and have credited the ‘fantastic’ care they received from staff for saving their lives. 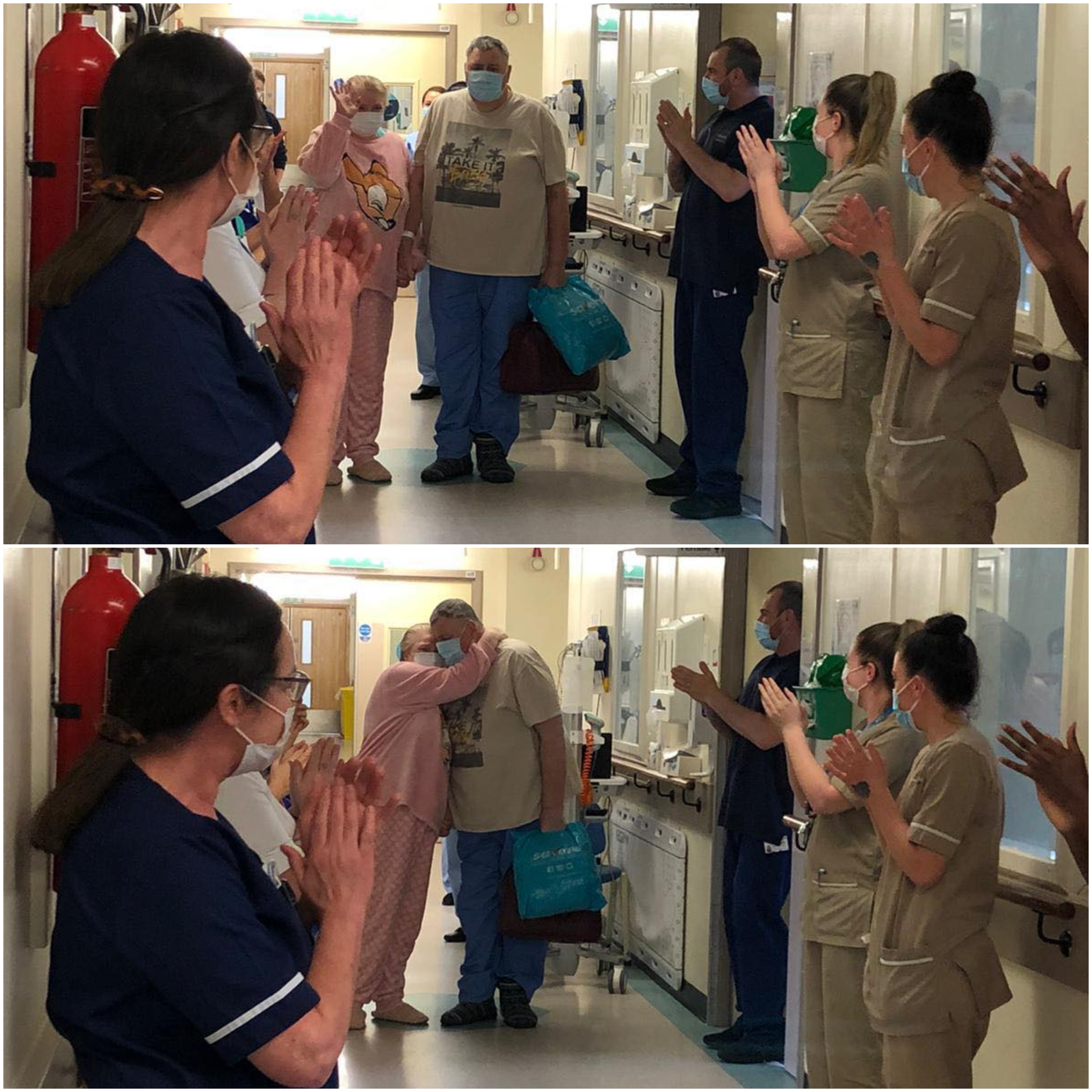 Peter, aged 67, was the first to feel unwell and after experiencing a continuous cough, shivering and breathlessness was admitted to Ward E54 at Sunderland Royal Hospital where he stayed for 15 days.

Peter’s wife Sheila was admitted to hospital five days later after taking ill. She commented: “I felt poorly for a few days over the weekend while Peter was in hospital, but by Monday it got to the point where I couldn’t even speak, so I phoned an ambulance who took me to hospital straight away.”

Sheila’s condition began to deteriorate and the 58-year-old ended up spending three days in intensive care battling the virus. Throughout their stay the couple managed to stay in touch via FaceTime.

After learning that his wife’s condition had begun to improve and that she was being moved to the same ward just in time for their eight year wedding anniversary, Peter shared that he felt like he’d “won the lottery.” The team on Ward E54 arranged for the couple to celebrate their special day by having their dinner and tea together and presented them with a celebratory card and cake.

Peter said: “We’ve been together for 18 years and all of the staff went out of their way to help us celebrate. I can’t praise them enough and am forever in their debt. They saved our lives.”

Sheila added: “It was very emotional but I am just so happy that we are both here together and alive. It’s like we have been reborn with a new outlook on life.”

Shortly after their anniversary the couple were discharged home together on the same day, where they left hand in hand as ward staff clapped them home.

Deborah Carr, who is the Ward Manager on E54 said: “Our team pride ourselves on providing the highest standards of patient care. As well as treating the physical symptoms, it also important to recognise how important mental wellbeing is in a patient’s recovery. It’s been really difficult for patients not be able to see family and friends due to COVID-19 so where we can make this happen virtually or where we can help patients mark special moments, we will always try our absolute best.

“When we discovered that Peter and Sheila’s wedding anniversary was coming up, we wanted to make it special considering their circumstances. But, the biggest satisfaction for us was being able to discharge the couple back home together and see them smile as they left the ward.”