The remarkable Miller family, of Chester-le-Street, have now presented Sunderland Royal Hospital’s Head and Neck Cancer Fund with more than £3,200. 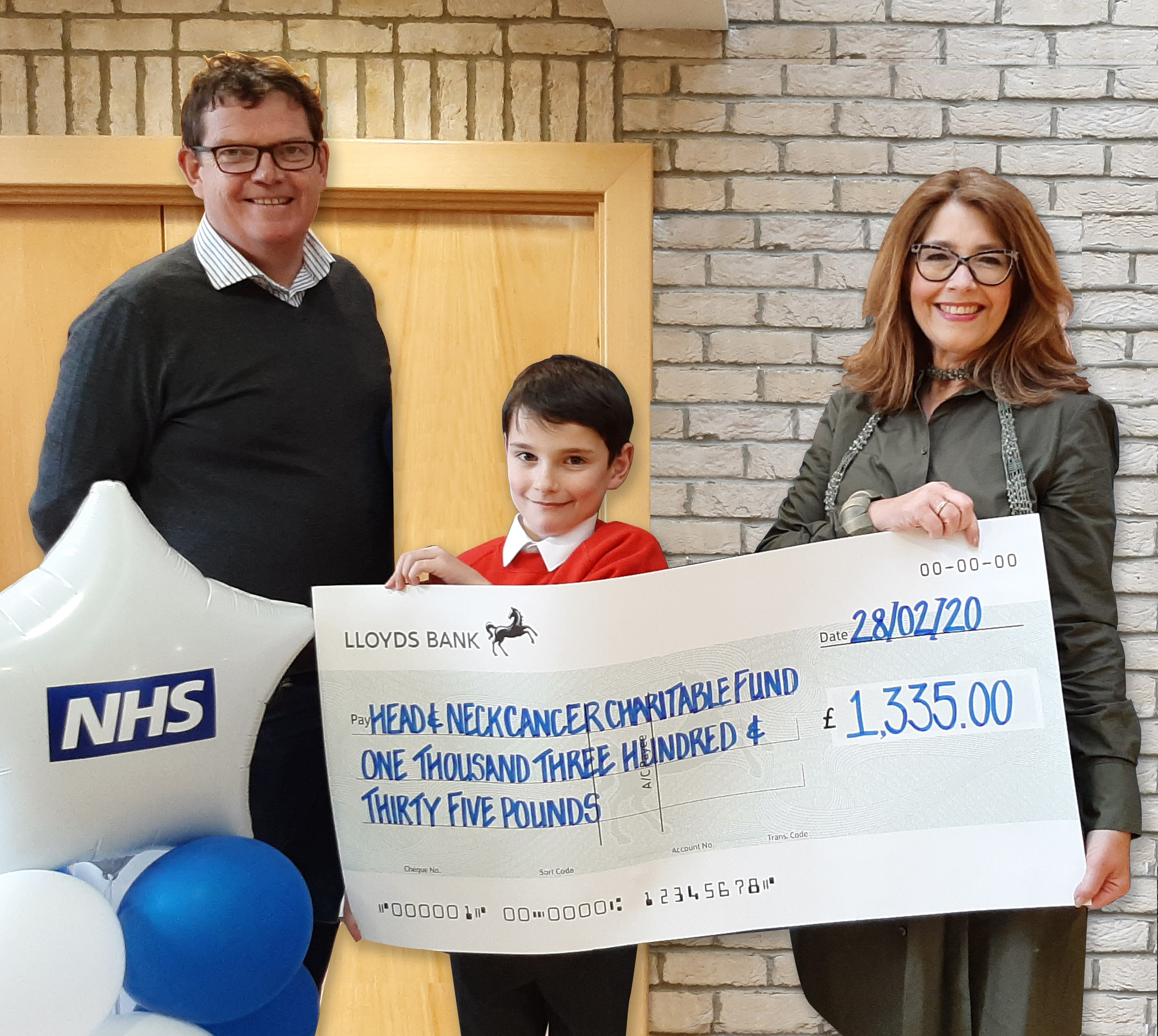 Their fundraising efforts were inspired by the treatment and care received by mum Suzanne at Sunderland Royal Hospital, following a diagnosis of head and neck cancer - the primary site being the tonsil - after the discovery of a lump in her neck. This led to a nine-hour operation in late 2018, conducted by Consultant Head and Neck Surgeon Miss Helen Cocks.

Firstly, as a thank-you for saving his mum’s life, son Benjamin, nine, took part in the Mini Great North Run last September and raised more than £1,900.

Then, Mrs Miller decided to do some fundraising of her own and to celebrate her 50th birthday she organised a party to which she invited around 160 people who have been there for her every step of the way during some difficult times.

Elder son, Archie, 17, played the piano as the guests arrived and Benjamin played the ukulele and sang during the evening. Other entertainment was provided by Abba tribute band, Digging the Dancing Queen, and the compere for the evening was Bella Bluebell. Individuals and local businesses helped by providing raffle prizes. The result was a total of £2,670, which Mrs Miller has shared equally between the Head and Neck Cancer Fund and  Maggie’s, which is based at the Freeman Hospital and which provides free, practical, emotional and social support to people with cancer, and their family and friends.

Mrs Miller said: “It was a really amazing night and I can’t thank everyone enough, including my husband Simon, for their support. The money is to help others who are going through what I went through and it is our way of saying thank you for all the care that I have had and that I continue to receive.”

Incredibly, there is still more fundraising to come from the Millers: keen sportsman Benjamin, a pupil at Red Rose Primary School in Chester-le-Street, intends competing in the Junior Great North Run this year in aid of the Head and Neck Cancer Fund.

Rachael Bannister-Young, Macmillan Head and Neck Cancer Nurse Specialist at Sunderland Royal Hospital, said: “The Millers are a wonderful family and we’re so grateful to them for their amazing fundraising efforts. The money they’ve raised will help us to improve the quality of life for people with head and neck cancer, providing increased personalised care and increasing awareness of what is one of the lesser-known cancers.”

Projects which the money will help to support include: