A couple’s big day was made complete when their toddler was able to be there to see them exchange vows thanks to a special mission get him from his hospital bed to their wedding ceremony.

Two-year-old Zac Hardy was being treated at Sunderland Royal Hospital with respiratory syncytial virus (RSV) infection. While RSV usually causes mild cold like symptoms, it can cause more serious illness in those very young.

As the wedding day of his parents Ian and Tanya approached, the team started to plan a visit so they could have their photos taken with him in his suit.

But when consultant paediatrician Dr Cat Rose heard Zac could miss out, her dual role between South Tyneside and Sunderland NHS Foundation Trust and the North East and Cumbria Transport and Retrieval Team (NECTAR) gave her the chance ensure he could be there at the service. 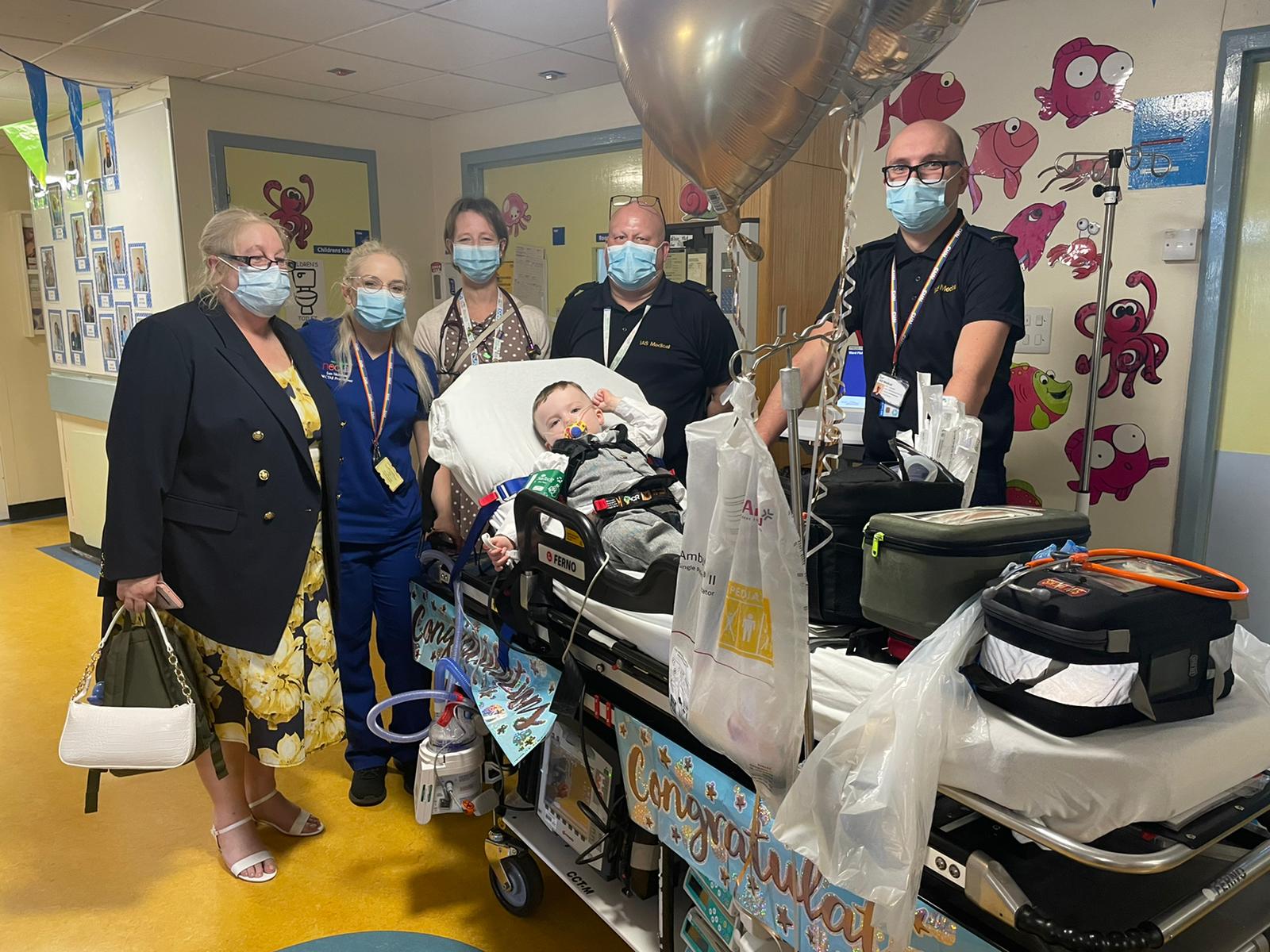 Zac and his gran get ready to leave Sunderland Royal Hospital for the service.

She worked alongside Sunderland hospital colleagues and the NECTAR team to arrange for an ambulance to take him to Beamish Park Hotel for the ceremony.

They also organised medical equipment and a trolley, which were decorated with balloons and bunting especially for the event.

Dr Rose visited the venue ahead of the day to work with its management to make sure the room was set up ready for his arrival and to deal with any emergencies that might arise.

The event was the first time Zac had been reunited with twin sister Olivia, as well as Tanya’s children Robbie, 16, Imogen, 11, and Henry, seven, since he had become unwell.

Ian, 38, and Tanya, 40, who live in Stanley, had looked into moving the service, but faced losing out by changing their plans.

Ian and Tanya Hardy with Zac on their wedding day.

Ian said: “We thought we’d get some photos and that would have been nice, but then the consultant heard about it and said ‘This is what we’re going to do’.

“I just broke down, because I couldn’t believe it.

“Everybody was just fantastic. We can’t thank them enough for what they did for us.

“There wasn’t a dry eye in the place when they saw Zac there.”

Following the ceremony, Zac, who was accompanied by his grandmother spent a short time enjoying the celebrations before heading back to hospital, where his parents later joined him.

Dr Rose, whose colleagues added fascinators and other touches to their scrubs for their occasion, said: “I spoke to Zac’s family and said ‘I think I can get your son to the wedding’ but it involved a lot of thought and planning upfront.

“Everybody just did their bit and we all worked together. It was so nice to be able to get him there and be in all the photos.

“We had a lot of volunteers from NECTAR who wanted to help and lots of people played a part, so I’m grateful for their help.

“We’re happy Zac’s since been discharged and feeling much better.”

Zac’s family have since dropped in flowers and chocolates to the ward to thank the team for their support.