Our work to champion members of our Armed Forces and those who have served has been officially rubber stamped.

It was first awarded the silver level in 2016 and moved up to the highest standard in 2017, when it became the first in the region to gain the title.

This is in recognition of its commitment to the Armed Forces Covenant.

Now the titles have been officially celebrated with the presentation of plaques at Sunderland Royal Hospital’s Trust Headquarters.

It comes as the organisation welcomes its first Armed Forces Healthcare Lead, who will support those with a military background when they visit the Trust for treatment.

Tobi Oladipo is ensuring patients know about every aspect of help on offer to them throughout their care.

He is also the link with community groups and partners to address any needs, issues or concerns the patient has.

Tobi’s role has been set up as part of the Trust’s wider work as an Armed Forces Friendly employer. 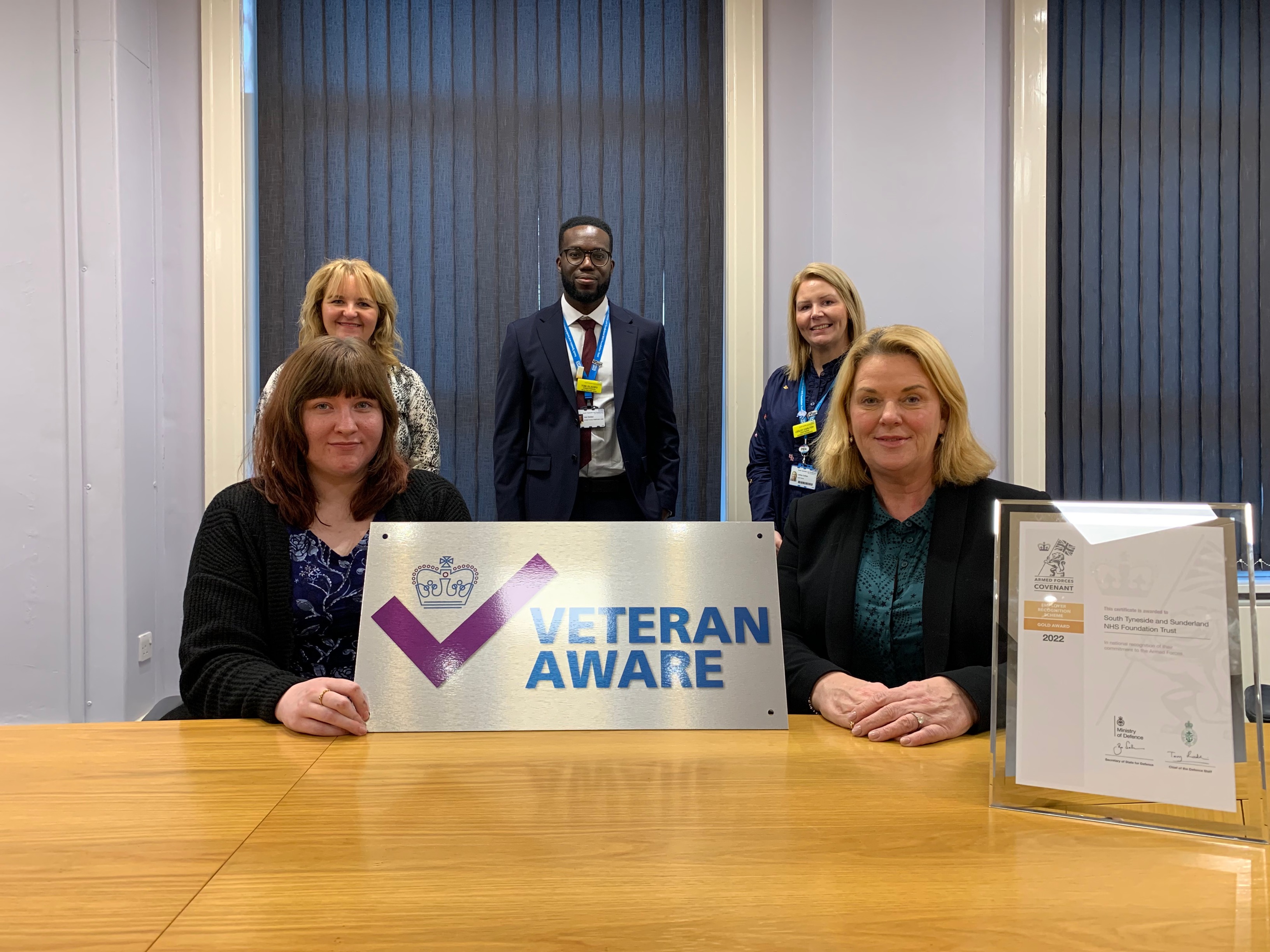 "It is a reflection of the work we have put in for several years to make sure those who serve or have served are supported at every point of their care with us.

"It also ties in with what we offer our members of staff who have come to us following a career in the Armed Forces and the backing we give our Reservists as an Armed Forces Friendly Employer.

"Whether they are staring a new career with us or spent time training and serving with our Reserves, they bring to us knowledge and experience. We in turn are dedicated to supporting them as they work here in our Trust and make it a diverse and skills-rich workforce."

Tobi has worked as an orthoptist at Sunderland Eye Infirmary for the last seven years, helping diagnose and treat eye movement disorders and supporting patients with visual impairments.

"I’m passionate about our Armed Forces and this role to make sure they receive the recognition and the support that they deserve. I’m working to make sure that happens when they come to us."

The awards were officially unveiled during a visit by Dr Rebecca Randles, of the Armed Forces Covenant Fund Trust and Chester University.

Details on how veterans can find out more about support available can be found via https://www.stsft.nhs.uk/services/patient-experience/veterans